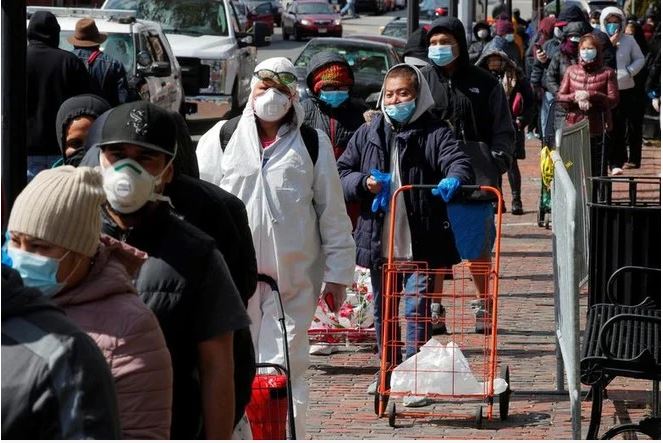 500 million Corona fraud case filed in US
About 500 people have been sued in the United States for taking advantage of Corona relief schemes.
According to the AFP news agency, the US Department of Justice has started measures to prevent fraud schemes related to Corona.
The Justice Department says 474 U.S. citizens have been sued for fraudulently obtaining  506.9 million.
At least 120 people tried to extort money from the Pay Check Protection Program (PPP) through fraud, which was started to provide relief to small businesses.
A Texas resident tried to get  24.8 million fraudulently by applying for 15 different PPP loans, which cost him 73 17.3 million.
According to the Justice Department, this Texas resident has bought many houses, jewelery and expensive cars with this amount of more than one crore.
A statement from US Attorney General Merck Garland said the anti-fraud operation sent a “clear message” to all those who take advantage of the state of emergency to steal resources introduced through public taxes. ۔
The attorney general said the government is committed to protecting American citizens and protecting the billions of dollars Congress has provided to fund Corona relief programs.
According to the Justice Department, internationally organized criminal gangs also apply for relief schemes introduced for unemployed Americans. These groups are involved in stealing citizens’ personal information and receiving funds under fraud.
The Justice Department has taken legal action against a number of individuals who have been selling industrial bleach, ozone gas, vitamin supplements and other items under the false pretense that they are useful in preventing corona.