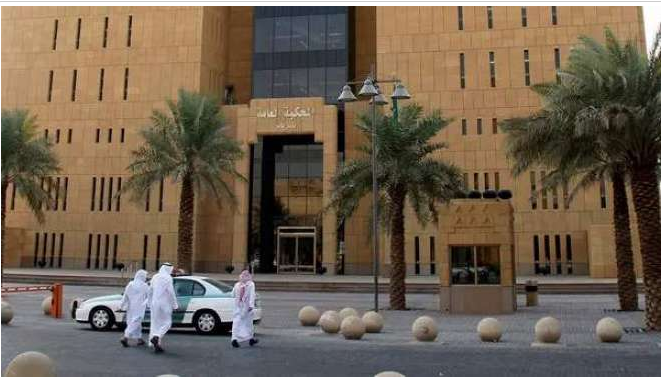 A woman involved in child abduction in Saudi Arabia 20 years ago has been sentenced to death
Dammam woman abducts two children from hospitals and raises them as mother, appeals court rejects woman’s death sentence appeal
Saudi Arabia’s appeals court has upheld the death sentence of a prominent Dammam kidnapper. The woman was sentenced to death on charges of kidnapping two children, having illicit relations with other suspects and other charges. In addition, three of his co-accused have also been sentenced.
The second accused was sentenced to one and a half years imprisonment and a fine of 20,000 riyals, the third to 25 years imprisonment and the fourth accused to one year imprisonment and a fine of 5,000 riyals. The decision was challenged by the woman and other accused in the appellate court. However, the appellate court has decided to uphold the death sentence of the accused. It should be noted that the case of abduction of newborns in two different incidents from a hospital in Saudi Arabia 20 years ago was finally solved.

Both cases of abduction were closed due to lack of clues and the parents of the two newborns remained in their hearts for 20 years wanting to have their liver pieces attached to their chests. But Allah listened to them. Two newborn babies abducted from Dammam have been identified who have now reached the age of youth. Al-Sharqiya police say the abduction case was uncovered when a Saudi woman approached the Department of Civil Affairs (the agency issuing birth and death certificates) to obtain ID cards for the two boys.
The woman’s position before Madania was that twenty years ago she met two newborns in a public place. She has been taking care of them ever since. It never occurred to him to file a police report. However, Ahwal Madaniya reported the matter to the police as suspicious. Police conducted DNA tests on the 50-year-old woman and collected various information.
When the old record was searched, it was found that twenty years ago a report of abduction of a newborn was lodged from a hospital in Dammam city on 24 Rabi al-Thani 1417 AH. A report was recorded on 8 Rabi al-Thani 1420 AH regarding the abduction of a newborn. The DNA of both the children was in the hospital. A check revealed that these were the same children who had been abducted. According to the incident, a 50-year-old Saudi woman has been arrested on charges of kidnapping. While their livers were delivered to the parents of the missing children. Those who know it as a miracle are giving millions of thanks to God.

Previous Posts What were Trump's emotions in the last moments of his presidency? The journalist described the situation with his own eyes
Next Posts A judge appointed by Trump has suspended President Joe Biden's decision