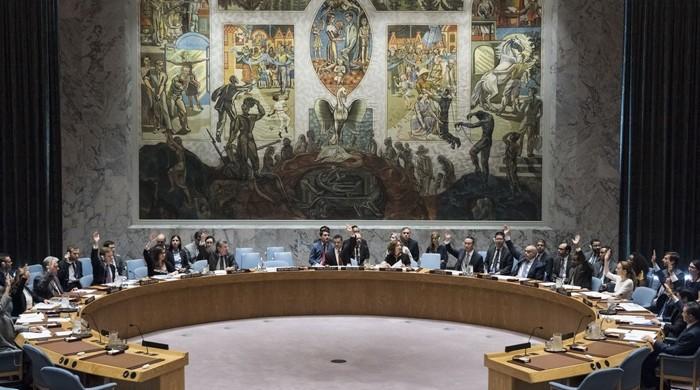 According to foreign sources, the virtual meeting of the Security Council will review the situation after the military coup in Myanmar. On the other hand, US President Joe Biden has strongly condemned the military coup and the seizure of power in Myanmar and called for the restoration of democracy.

US President Joe Biden has threatened to re-impose sanctions on Myanmar, while Britain has demanded the immediate release of political leaders.

It should be noted that the military seized power in Myanmar yesterday and detained several leaders, including de facto leader Aung San Suu Kyi.

Previous Posts Despite Corona, the Modi government's war frenzy did not abate, the defense budget increased
Next Posts Three people were killed and several others were injured in a series of bomb blasts in different cities of Afghanistan