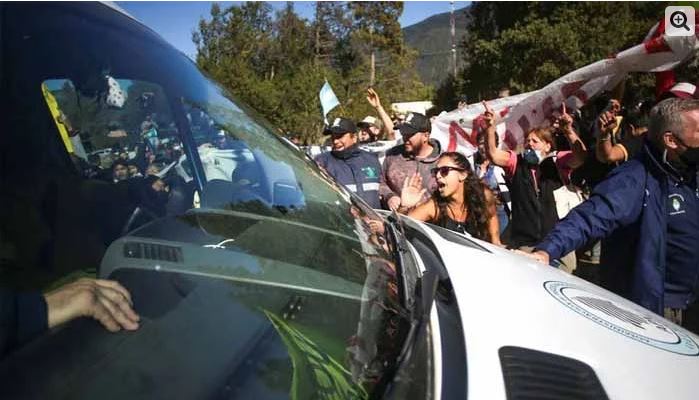 According to foreign media reports, angry protesters outside a community center surrounded a bus carrying the president and pelted him with stones during a visit to Argentina’s southern province.

According to media reports, the Argentine president was on a visit to the area affected by the forest fire, in which one person was killed and several others were injured.

Protesters surrounded the president’s car, pelted him with stones and hurled stones at him, demanding that he get out of the car and stop the car. The windows are broken.

According to media reports, the president’s car was pulled out despite strong protests.

The president said in response to the incident that he believed a small group of people had done it all.