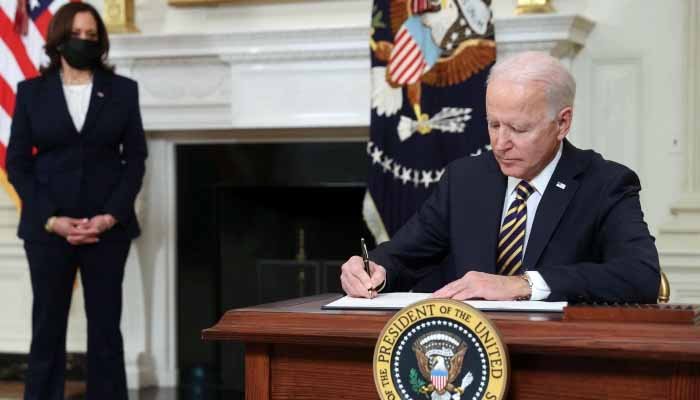 According to foreign media, US President Joe Biden has canceled the decision of Trump in which the former president had banned the applications for green cards to enter the United States.

According to media reports, the administration of former President Trump said that this decision was made to secure the jobs of Americans due to the rising unemployment in the United States due to Corona.

A statement from the White House said, “President Joe Biden has overturned Trump’s decision through an executive order. The presidential decree states that the sanctions imposed by Trump have separated families who are pursuing American interests. Not valid for

It should be noted that Joe Biden, who has been in office since January 20, has so far issued orders to withdraw several decisions and policies of former President Trump, including decisions against Trump’s immigration and sanctions on Muslims.