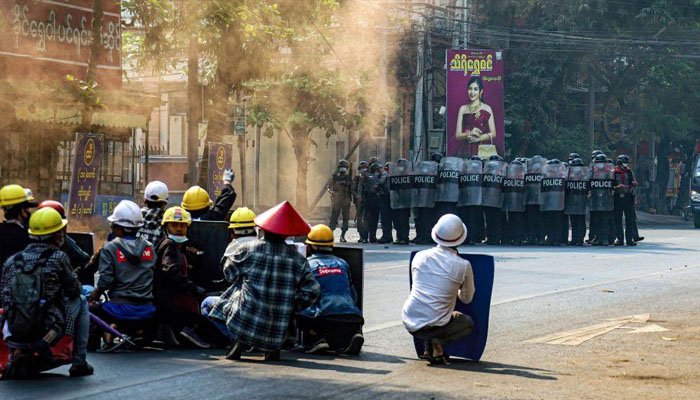 At least 38 people have been killed in protests against a military coup in Myanmar.

According to foreign media, this is the highest number of deaths due to firing by forces during a month of military coup in Myanmar, which the United Nations called a “bloody day”.
The UN envoy to Myanmar said shocking images of crackdowns by security forces during protests in Myanmar on Wednesday had surfaced, with eyewitnesses saying forces opened fire on protesters.

The UN envoy said 50 people had been killed since the start of the military coup in Myanmar, and that unarmed medical personnel had been severely tortured in the videos.

On the other hand, the United Kingdom has demanded an immediate meeting of the UN Security Council on the killing of civilians in Myanmar, while the United States has said that it is considering further sanctions against Myanmar’s military leadership.

Myanmar’s neighbors have also urged the military to refrain from such actions.

In Myanmar, the military seized power on February 1, sent the elected government home and arrested several leaders, sparking widespread protests and civil disobedience across the country.

People on the streets against the military coup are demanding the immediate end of military rule and the release of arrested leaders, including Aung San Suu Kyi.