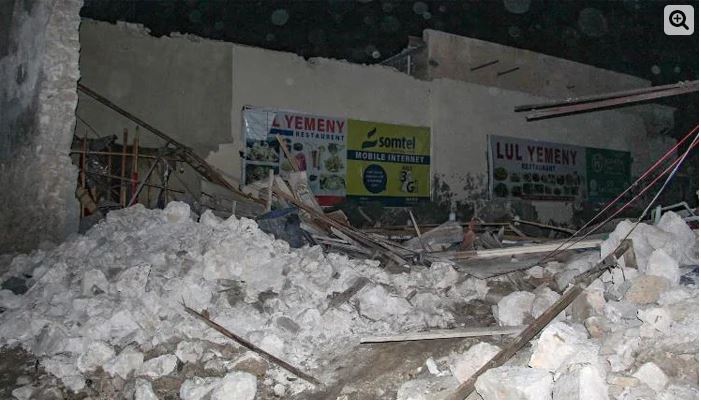 Car bomb kills at least 20 in Somalia
A car bomb blast near the Somali capital, Mogadishu, has killed at least 20 people and injured 30 others.

According to foreign media, police officials said that a car loaded with explosives hit the gate of a restaurant, after which a loud explosion took place and then the sounds of firing were also heard.

Authorities say the blast killed 20 people and injured 30, and the injured have been taken to various hospitals for medical treatment, with several in critical condition.

According to the report, the blast also damaged nearby buildings and shopping malls and high clouds of smoke were visible in the distance after the blast.

Somali militant group al-Shabab has claimed responsibility for the blast.