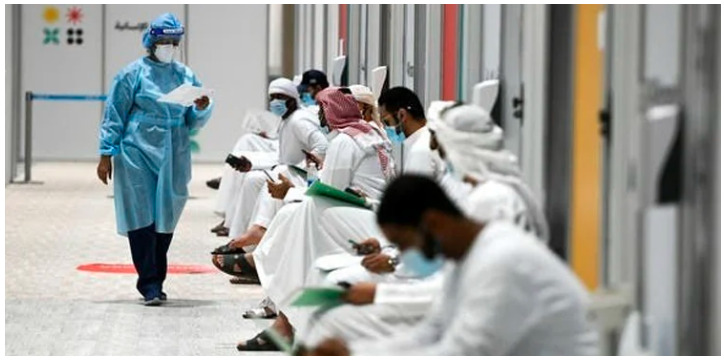 Corona Elimination Mission: Good news for Saudi Arabia and the UAE
Riyadh: The Gulf Statistics Department has named Saudi Arabia, the United Arab Emirates and Qatar as the top countries in terms of people recovering from Corona.

According to Arab media reports, the Statistics Department says that Saudi Arabia, the United Arab Emirates and Qatar are the top countries in the Gulf Cooperation Council in terms of recovery from Corona, which is why these countries are at the top.

The Gulf Statistics Department said that in the GCC countries, 1,973,312 confirmed cases of Corona victims have been recorded and 1,871,703 of them have recovered. In Qatar, 97.9% of the patients beat the epidemic and in the UAE, 96.4% of the people recovered from the epidemic.

According to the Gulf Statistics Center, more than 31 million doses of the corona vaccine have been administered in the Gulf so far.

Previous Posts Inquiry into the Prime Minister's spending of public tax money on breakfast in Finland
Next Posts India, China and Russia cannot enter the European Union with the corona vaccine