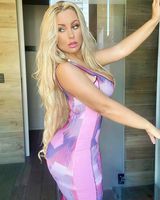 Fashion is the one game in which you may win by breaking the rules. According to this quote, Elvisa Dedic, a fashion influencer who has already attracted the attention of the Instagram community, is growing into something better and bigger every day.

Her incredible accomplishment serves as an example to her fellow fashion influencers and those who have followed her path from the beginning. Elvisa Dedic ability to inspire others, her unwavering commitment to her goals, and, without a doubt, her stunning appearance have led her to become a brand ambassador as well as the founder of her own company.

Success in the fashion industry

Elvisa Dedic has achieved success in the fashion industry and academia, thanks to her “keep chasing” approach. Elvisa Dedic, a Bosnian-born model, reared in the United States, put her studies first, and earned a bachelor’s degree.

Simultaneously, she continued to work as a model and social media influencer, gaining fame and notoriety. The “now” famous Instagram model and star began her career on Instagram and another similar app, and her enthusiasm for modeling and fashion propelled her to great success.

Elvisa Dedic, also known as the Queen of Instagram, is most known for her hot and eye-catching Instagram photos that flaunt her flawless style and figure.

She has kept her online fans engaged and waiting for the “queen’s” next post by being an active social media user and uploading her faultless, stunning images, videos, and reels regularly. Dedic has a total of 729k Instagram followers.

Elvisa Dedic’s desire to look as gorgeous as possible and keep up with the latest fashion trends earned her a massive following on social media. Various bikini, sports, beauty, and skincare businesses approached her due to her rising recognition and elegant image as a fashion influencer.

Elvisa Dedic ‘s first endorsement came from a company called “PrettyLittle Things,” who asked her to be their brand ambassador. She became the ambassador for another well-known fashion company named “FashionNova” to add to her list of accomplishments. Moreover, Elvisa has been chosen as the social media face of several other brands.

Elvisa Dedic’s success story doesn’t end here. She desired more, worked hard for it, and as a result, she received more. She was always interested in fashion, modeling, beauty, and her don’t ever gaze, well-dressed photographs led to her becoming the CEO of her makeup line, “Elvisa Cosmetics.”

Elvisa Cosmetics offers a variety of lipsticks, lip scrubs, highlighters, and other beauty products. After starting her cosmetic business, elvisa stated, “My goal wasn’t to always wear brands; it was to become one.” This is how her passion for different testing styles propelled her from a mere social media influencer to a successful female entrepreneur today.

Net Worth as CEO

Dedic’s net worth is now believed to be about $1.5 million. Elvisa’s path is one of the most remarkable, demonstrating how hard work and dedication to one’s goals can lead to success and popularity. Her narrative teaches us that everyone has talents, but finding “yours” is true art.