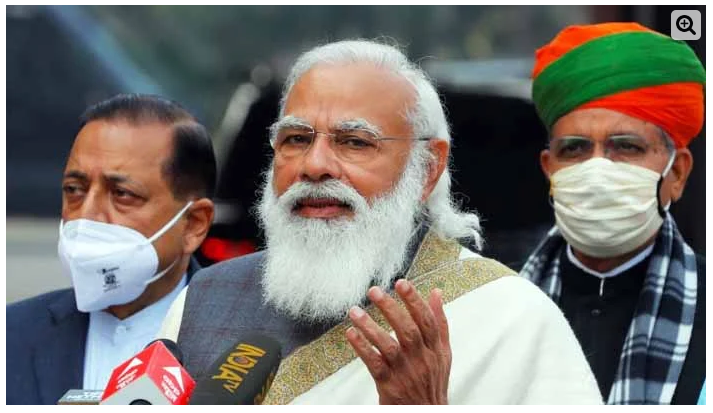 According to Indian media reports, for the first time in a few months, Narendra Modi has publicly reacted to the farmers’ protest. Speaking on the radio, Modi said that the farmers’ protest in New Delhi on India’s Republic Day and the resulting tense situation had brought disgrace to the country.

The Indian Prime Minister said that the country regretted the insult to the Indian tricolor due to the incident that took place on January 26.

It is to be noted that the farmers’ protest on the issue of agrarian reforms in India has been going on for a few months and thousands of farmers have been holding sit-ins in different parts of the Indian capital New Delhi. Police charged batons at the farmers, who also waved the Khalistan flag at New Delhi’s Red Fort.