‘I know Islam very well because of my father’ 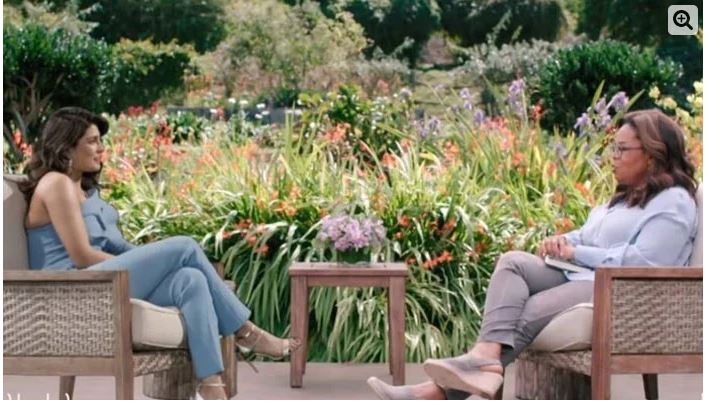 ‘I know Islam very well because of my father’
After the thrilling interviews between Prince Harry and Meghan Markle, now American talk show host Oprah Winfrey is going to host Priyanka Chopra.

Oprah Winfrey has shared a promo for a new episode of her show ‘Super Civil Sunday’ in which Indian actress Priyanka Chopra talks about her secular upbringing and religious views in India.

In this one minute and 56 second long promo, Priyanka Chopra is talking about how she has been associated with different religions like Christianity, Islam and Hinduism throughout her life. Asked about religion, Priyanka said that there are many different religions in India, I grew up in a convent school so I knew Christianity while my father used to go to the mosque so I know Islam very well. ۔

Priyanka said that as a Hindu family and being a Hindu, I have adapted myself to Hindu customs and teachings and as far as spirituality is concerned, it is a part of my country which I cannot ignore. “I am a Hindu. I have a temple in my house. I do what I can, but the truth is that I believe that the supreme power is everywhere,” Priyanka said in an interview, quoting her father’s teachings. Yes, and I believe in that.