India: Rumors of a Muslim man raising a Hindu girl and marrying her 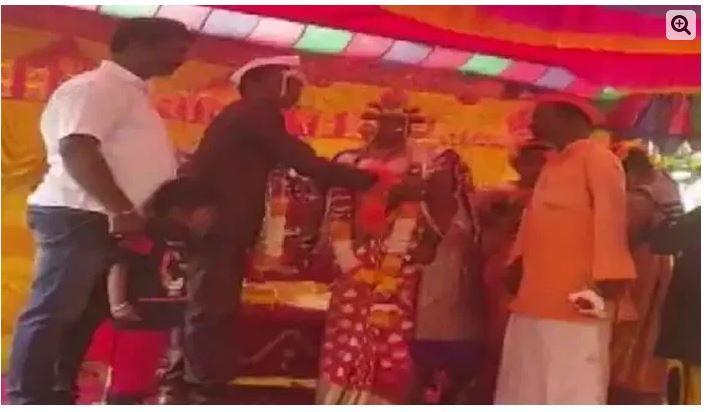 India: Rumors of a Muslim man raising a Hindu girl and marrying her
A Muslim man sponsoring an orphaned Hindu girl has won the hearts of social media users.

According to Indian media reports, the marriage of the Hindu orphan girl was arranged on July 31 in the Indian city of Vijaypur.

What is remarkable about the story is that 18-year-old Pooja was sponsored by a Muslim man named Mehboob Musli from India.

According to Indian media, the girl was orphaned a decade ago after which her relatives refused to take care of her, but Mehboob Musli gladly accepted the responsibility and took care of the girl for 10 years as a father.

Talking to Indian media, Mehboob Musli said that it was my responsibility to get the girl married to someone belonging to her religion.

According to Mehboob Musli, Pooja has been in my house for a decade but we have never forced Pooja to practice our religion or marry a Muslim man because it is against our religion.