“Israel cannot be part of PM’s election campaign”, the UAE postponed the summit 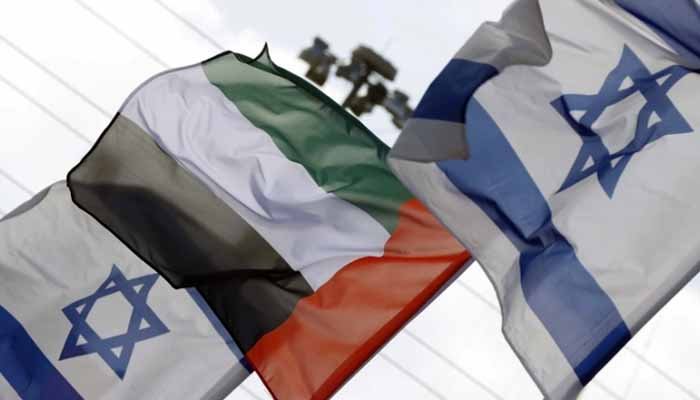 “Israel cannot be part of PM’s election campaign”, the UAE postponed the summit

The United Arab Emirates has postponed next month’s summit with Israel and other Arab states.

According to Arab media, Israeli media have reported that the UAE has postponed the summit in Abu Dhabi with Israel and other Arab states for the time being and has expressed anger over the inclusion of an Arab ruler as part of its election campaign. ۔

According to Israeli media, the summit was held by the United Arab Emirates in April next year and was to be attended by Israeli Prime Minister Netanyahu.

According to Israeli media, the Crown Prince of Abu Dhabi, Sheikh Mohammed bin Zayed Al Nahyan, has expressed his displeasure and said that the Israeli Prime Minister is using the resumption of relations with the United Arab Emirates as part of his election campaign.

Israeli media say the UAE does not want to be part of Netanyahu’s election campaign, prompting the Israeli prime minister to postpone his visit until the election, which was scheduled for tomorrow.

The UAE’s foreign minister says the UAE will never again be part of any Israeli election process.

According to media reports, since the resumption of relations between Israel and the United Arab Emirates in August last year, the Israeli Prime Minister has postponed his visit to the UAE several times.

Previous Posts The US Senate has approved the appointments of the Secretary of Health and the CIA chief
Next Posts Video: Joe Biden stumbles several times on the steps of a presidential plane