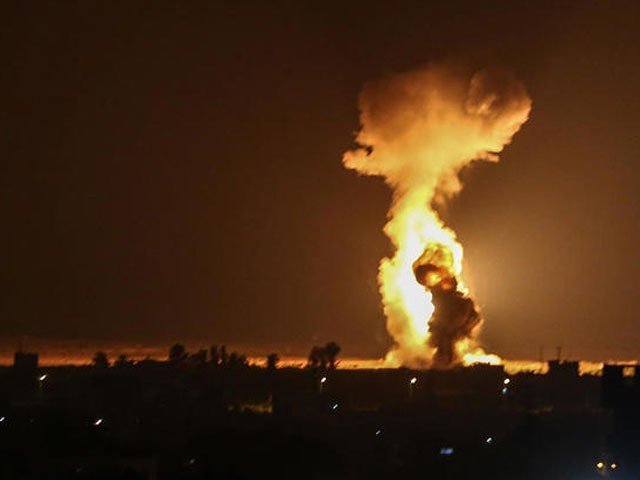 According to the international news agency, Israel has claimed to have destroyed Hamas military sites and weapons depots during the air strike in Gaza, saying that the operation was carried out in response to the missiles fired by Gaza on Israeli soil.

The Israeli military said in a statement that the airstrikes also destroyed a tunnel used by Hamas fighters to smuggle weapons into Israel through Gaza. ۔
On the other hand, Hamas rejected the Israeli claim that Israel, in a show of military aggression, carried out air strikes on agricultural land, destroying the homes and crops of many farmers.

Hamas also rejected Israeli claims that missiles had been fired, saying that the Israeli army was making excuses to bomb innocent civilians and was carrying out unprovoked airstrikes.