Israel’s heavy bombardment of the Gaza Strip once again 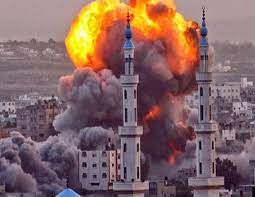 According to foreign media, the number of martyrs in Israeli attacks has risen to 209 and more than 1,200 people have been injured.

The Israeli military has claimed that fighter jets hit terrorist targets in Gaza.

According to Arab media, Israeli planes carried out at least 70 strikes, and Israeli missiles landed in a densely populated coastal area.

On the other hand, Hamas also retaliated with rocket attacks on the Israeli population from Gaza.