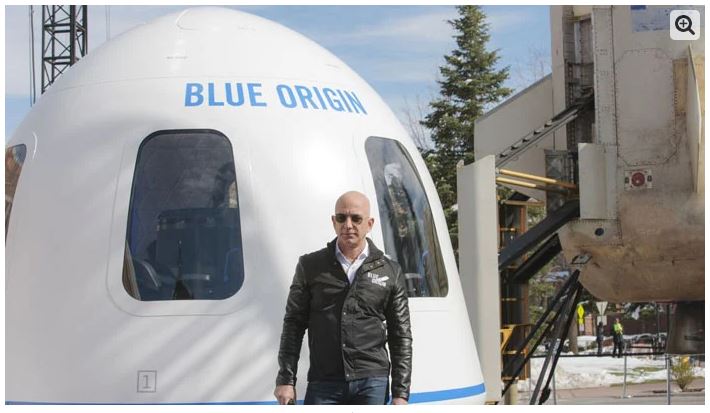 Jeff Bezos announces space travel with his brother
Jeff Bezos, the world’s richest man and owner of Amazon, announced the journey with his brother on his company’s first human flight to space.

Jeff Bezos owns the aerospace company Blue Origin, and his flight will take off two weeks after Amazon’s resignation.

This will be the first human flight into space by the Blue Origin Company, while only professional astronauts have been able to reach orbit before.

An online auction of the set to go into space with Jeff Bezos in Blue Origin Capsules is underway.

The bid for the seat at the auction has reached 28 2.8 million, while the bid has increased after the announcement of the departure of Jeff Bezos on the first human flight, but the final auction will be announced on June 12.

Designed for space travel by Blue Origin, the capsule has a capacity of 6 people, while its test flight took place in April this year.

According to US magazine Forbes, Amazon owner Jeff Bezos has 18 186 billion in assets and is one of the richest people in the world.