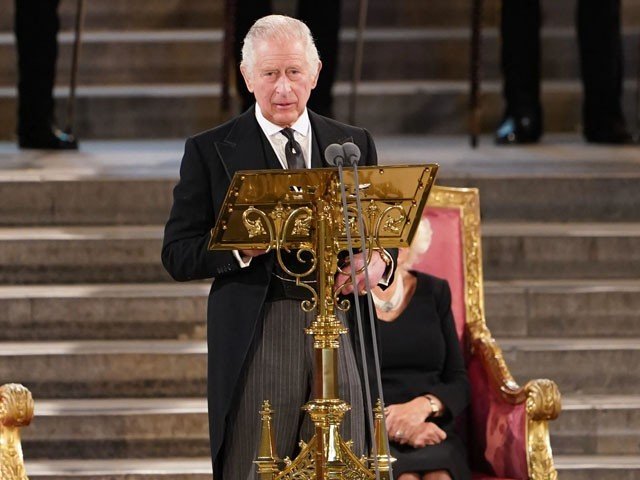 According to the international news organization, the new king of Great Britain, Charles III, called the parliament as the life and breathing tool of the country’s democracy and said that he should continue to play his role in the development of the country and the nation by following the footsteps of the Queen of Great Britain. will

The 73-year-old King Charles paid tribute to his mother, the late Elizabeth II, saying that from a very young age, Queen Elizabeth took on the heavy responsibility of serving her country and people and upholding the precious principles of constitutional government. carried out by
Earlier, King Charles III arrived with his wife Camilla for a speech at London’s Westminster Hall. The address to Parliament is part of Queen Elizabeth II’s pre-funeral engagements.

After the address, the new monarch left for Edinburgh to join his siblings in a grand procession as Queen Elizabeth’s coffin was carried into the city’s historic cathedral.

King Charles will then take part in a candlelight vigil at St Giles Cathedral on the Scottish capital’s centuries-old Royal Mile, where the casket will lie in repose before leaving for London on Tuesday.