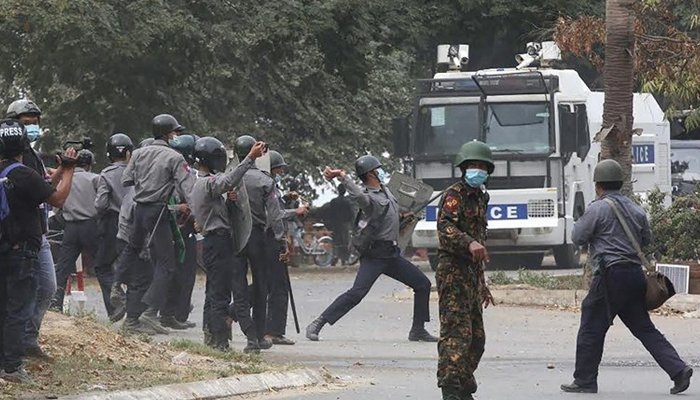 Photo courtesy of AFP
Security forces cracked down on a protest against a military coup in Myanmar, killing two people and wounding several others.

According to foreign media reports, police in different parts of the country rained shells and bullets on the protesters while several protesters were also arrested by the police during the crackdown.

In Myanmar, the military has seized power and arrested several leaders, including de facto leader Aung San Suu Kyi, but people from all walks of life, including teachers and students, have been protesting against the military coup. ۔

On the other hand, the security forces have cracked down on the protesters for restoration of democracy.