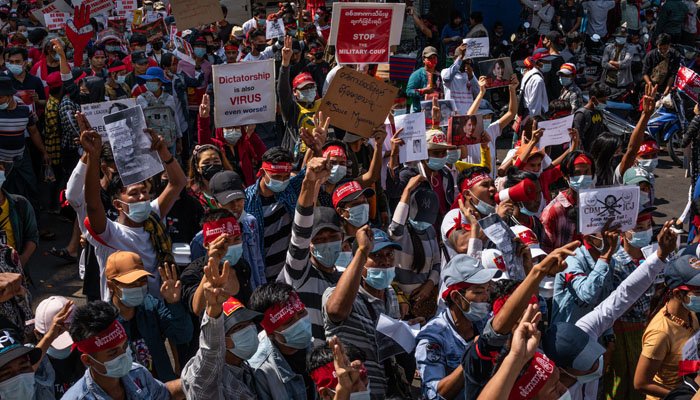 Public protests against the military coup in Myanmar have spread to several cities.

Demonstrators in the Myanmar capital, Yangon, protested against the military’s takeover and parked cars on the road to stop military convoys.

The shelling in different areas of the country, police used batons and rubber bullets at protesters.

Myanmar’s military has seized power and arrested several leaders, including Aung San Suu Kyi, but teachers and students from across the country are protesting against the military coup.

The United States and Britain have demanded the immediate release of Aung San Suu Kyi.

Previous Posts "It's our party," said Danner, who made the video
Next Posts The Queen's husband Prince Philip was taken to hospital due to ill health