NASA’s Dart spacecraft will hit the space rock on Monday 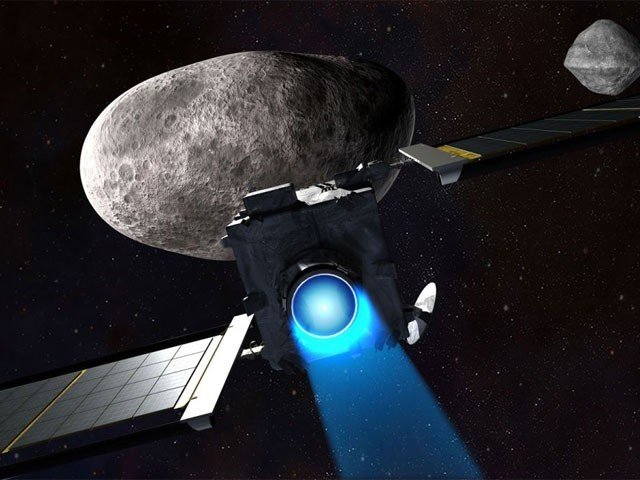 The Double Asteroid Redirection Test (DART) was sent into space in November last year, and after a journey of about a year, it will now collide with a small asteroid called Dimorphus at a speed of 24,140 kilometers per hour. This asteroid revolves around a large asteroid called Didymos.

The Rome-based Virtual Telescope Project, together with several observatories in South Africa, will show the target asteroid as it collides.
Earlier, the two most powerful telescopes confirmed that Didymos’ orbit had aligned with the US space agency’s Dart craft after six nights of observations. These observations confirmed orbit measurements to be made in 2021. Who was

The observations were made in July with the Lowell Discovery Telescope in Arizona and the Magellan Telescope in Chile.

Andy Rivkin, co-leader of the Dart Investigation Team from Johns Hopkins University, said the measurements the team obtained in early 2021 helped guide Dart to the right location and time to collide with the dimorphs. were important.

“The confirmation of those measurements with new observations suggests that we don’t need to change anything and that we are moving in the right direction to pursue the goal,” he said.

Didymos and Dimorphs will pass close to Earth at a distance of 1.8 million kilometers in late September this year.

Built at a cost of 32.5 million dollars, the 548.8 kg spacecraft aims to change the speed of an asteroid by a tenth of its speed by hitting it with dimorphs.

The collision between the spacecraft and the asteroid will take place on September 27 at 4:14 am Pakistan time.