Pak-India military confrontation will be a disaster for the world: UN Secretary General 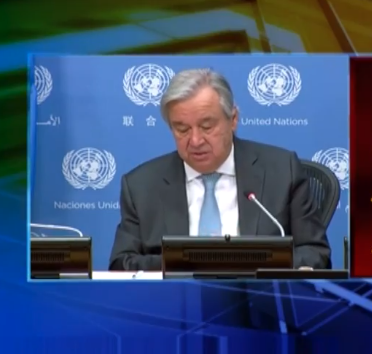 The UN Secretary General said that the Kashmir issue is not a military solution, the Pak-India military confrontation would be a disaster not only for the two countries but also for the world.

Antonio Guterres also offered to play the role of mediator in resolving issues between Pakistan and India.