President Biden to withdraw US troops from Afghanistan by September 11 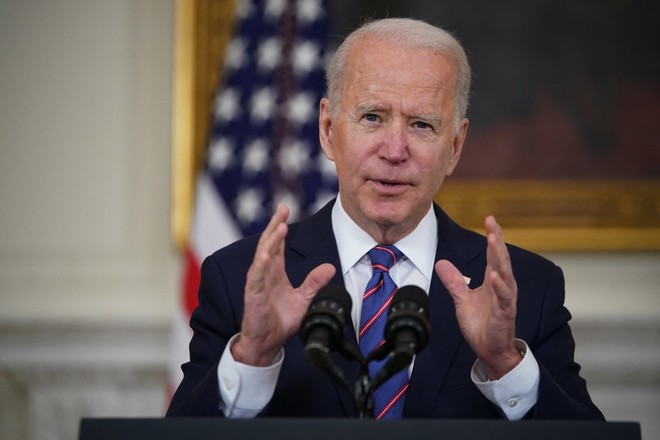 President Biden to withdraw US troops from Afghanistan by September 11

President Joe Biden will unconditionally withdraw US troops from Afghanistan by September 11 this year.
The United States will end its longest-running war before the 20th anniversary of the attack on the World Trade Center in New York, AFP quoted a US government official as saying.

The U.S. official, speaking on condition of anonymity because he was not authorized to speak on condition of anonymity, said President Biden “has decided to withdraw all US troops from Afghanistan before 9/11.”
Former US President Donald Trump had set a May 1 date for the withdrawal of troops from Afghanistan, but said 3,000 troops would be stationed at the US base.
In an agreement reached with the Taliban in Doha, the capital of Qatar, the Trump administration set a date for the withdrawal of US troops from Afghanistan.
According to the US official, President Biden has expressed hope that the violence in Afghanistan will decrease, with the Taliban warning that if US forces do not withdraw by May 1, they will launch attacks.
It should be noted that the Afghan Taliban had warned that they would not tolerate the presence of foreign troops in the country after the May deadline.
According to an Arab News report, the Afghan Taliban had said that “some people are still trying to extend the establishment of foreign occupying forces and prolong the fighting.” However, if anyone tries to end the Doha Accords and find excuses to continue the war, history has shown that the Afghan Mujahid nation bravely defends its values, soil, land and rights.

Previous Posts US: Police officers resign over black death 'now there will be some satisfaction'
Next Posts After the death of Prince Philip, to whom will his title now be conferred?