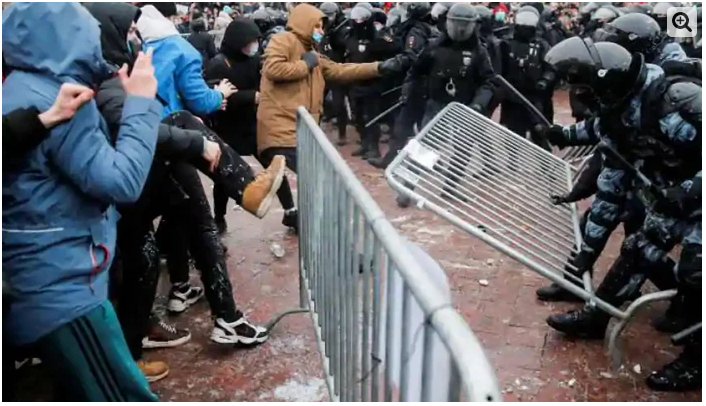 Russia deports European diplomats
Russia has expelled diplomats from three European countries for supporting and participating in protests against the arrest of opposition leader Alexei Navalny.

Thousands have taken to the streets in recent days to protest the arrest and imprisonment of opposition leader Alexei Navalny in Russia, while Russian police have arrested hundreds. Diplomats from several countries also took part in the protests, after which Russia has taken a big step.

According to the Russian Foreign Ministry, diplomats from European countries Germany, Sweden and Poland have been deported for participating in “illegal” protests.

European countries have strongly protested Russia’s decision, while Germany has threatened retaliation if it does not reconsider.

Poland has denied any involvement in the protests.

It is believed that Navalny had just returned home five months later and was detained at the airport, after which protests erupted across Russia in the last week of January.

Previous Posts "Women talk a lot," the head of the Tokyo Olympics apologized for the statement
Next Posts The words written in the Daily Mail article were a source of contempt for Shahbaz Sharif: British court