Saudi Arabia has banned the entry of citizens of 20 countries, including Pakistan 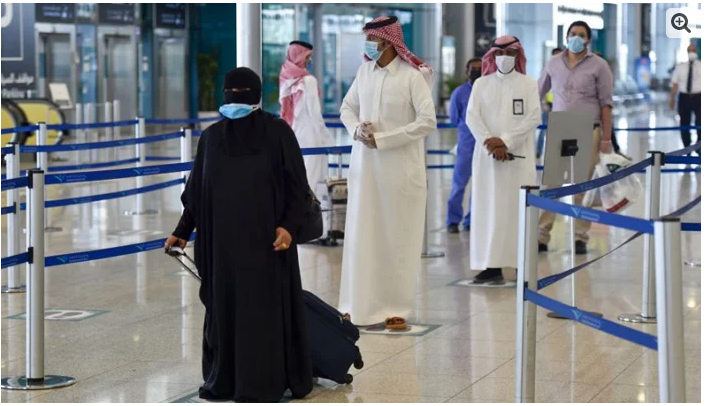 The Saudi Interior Ministry has announced a temporary ban on Saudi citizens, diplomats, medical staff and their families, but has banned all others from entering Saudi Arabia.

The ban will take effect on Wednesday, February 3, at 9 p.m.

The Saudi Interior Ministry said in a statement that the ban was imposed in view of the current situation and public health in Corona.

According to the Interior Ministry, the ban has been imposed on visitors from 20 countries, including Pakistan, India, the United States, the United Kingdom, the United Arab Emirates, Indonesia, Ireland, Italy and Brazil.

Previous Posts The former Indian vice president also erupted over Modi's anti-Muslim policy
Next Posts A forest fire in Perth, Australia, is out of control