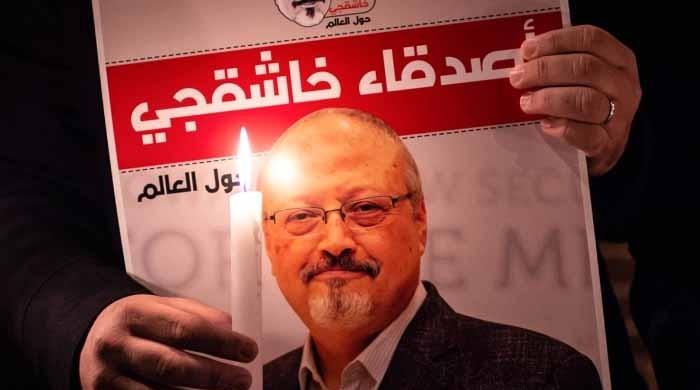 Riyadh: Saudi Arabia has rejected a US report on the assassination of Jamal Khashoggi.

According to Arab media, a statement issued by the Saudi Foreign Ministry said that the US intelligence report on the assassination of Jamal Khashoggi was negative, wrong and unacceptable, which they rejected.

The Saudi Foreign Ministry says the US report was based on “incorrect information”.

The Saudi Foreign Ministry says Saudi officials have taken all possible steps to investigate the killing of Jamal Khashoggi in accordance with the country’s laws and to ensure that justice is served. Khashoggi’s family welcomed him.

The Saudi Foreign Ministry has categorically denied the allegations in a US intelligence report on the Saudi leadership and the country’s judicial system.

It should be noted that the United States has released a secret intelligence report regarding the murder of Saudi journalist Jamal Khashoggi, which is 2 years old.

The report says that US intelligence has concluded that Saudi Crown Prince Mohammed bin Salman approved an operation in the Turkish city of Istanbul to capture or kill journalist Jamal Khashkji.

It is believed that Jamal Khashkji was invited to the Saudi consulate in Istanbul saying that he could complete the paperwork related to his marriage here.

Jamal Khashkiji, a Saudi journalist affiliated with the Washington Post, went missing from the Saudi consulate in Istanbul, Turkey on October 2, 2018, after which it was confirmed that he had been killed.

It was later acknowledged by Saudi Arabia that Saudi journalist Jamal Khashkji had been killed during fighting at the consulate in Istanbul.

According to the British media, after the murder of the Saudi journalist, his body was brutally dismembered, while a few days after his disappearance, the body parts of Jamal Khashoggi were found in the garden of the house of the Saudi consul general.

A Saudi court later sentenced eight suspects in the murder of journalist Jamal Khashoggi to life in prison, but last year the family of the slain journalist pardoned the killers, after which the sentences were reduced by law. ۔