Syria drops chlorine bombs on its own citizens, report says 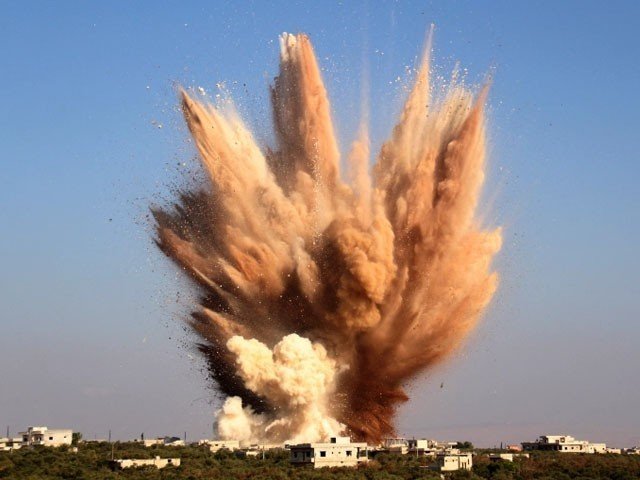 Syria drops chlorine bombs on its own citizens, report says

Damascus: Syria has been blamed for dropping chlorine bombs on its own citizens. The International Organization for the Prohibition of Chemical Weapons (OPCW) says there is strong evidence that the Syrian air force used chlorine bombs in rebel-held territory.

According to a new investigative report released by the Organization for the Prohibition of Chemical Weapons (OPCW), the Syrian air force dropped toxic chlorine gas on rebel-held residential areas in the city of Sarqab in 2018 with barrel bombs.

Although the chlorine gas dropped by barrel bombs in the rebel-held al-Talil area did not cause any casualties, dozens of people were affected by the chemical poisoning, including prolonged nausea and dizziness Symptoms of shortness of breath, coughing and sneezing were common.
The Syrian government has not yet commented on the OPCW report.

Previous Posts US President congratulates Muslims on the arrival of Ramadan
Next Posts US: Police officers resign over black death 'now there will be some satisfaction'