The first record of a chimpanzee attack on a guerrilla 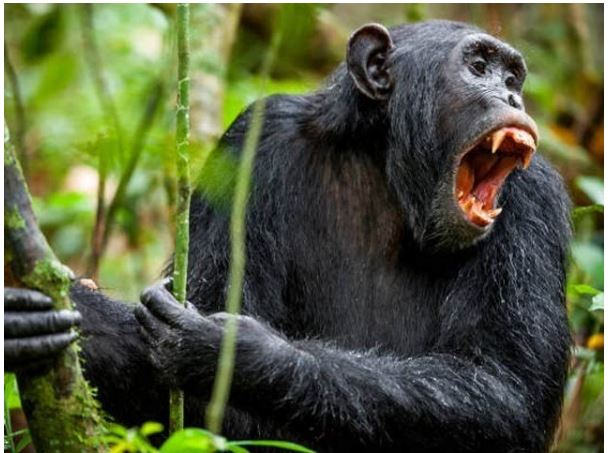 The first record of a chimpanzee attack on a guerrilla
Gabon: For the first time in human history, it has been noted that in the open forest, chimpanzees attacked a powerful guerrilla, and the fighting continued for a long time. We can call this attack deadly.

Scientists at the Max Planck Center for Evolutionary Anthropology in Leipzig, Germany, and the University of Osnabrکck have made the initial observation that this may have been due to malnutrition or a lack of rainforests and climate change. The incident took place in Luango National Park in Gabon, Africa.

There were two clashes that lasted for 52 and 79 minutes. In the ensuing battle, two male and several female guerrillas were rescuing their cubs when chimpanzees captured and killed two of the guerrilla cubs.

According to experts, elephants also live in his park in Gabon. Perhaps food shortages and lack of space have created pressure and competition in the park, with animals fighting each other. But experts are also considering it from other angles.

Previous Posts Appreciates Pakistan's efforts to meet FATF points: US
Next Posts Children of those who have not been vaccinated against coronavirus can also be infected with Covid 19, experts say