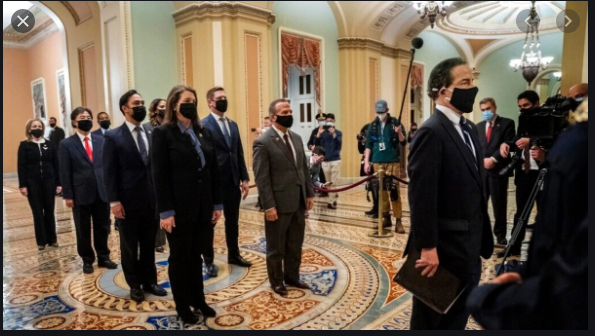 Donald Trump has been accused of inciting protesters in the Capitol Hill attack during his presidency. Punishment will require a two-thirds majority in the Senate against Trump. If proven guilty, Trump will never run for the US presidency again. ۔

Punishing Trump would require the support of two-thirds of the Senate, the current Senate has 50 members from Trump’s party and the ruling party, and for the first time in US history, the impeachment of a former president has ended his term. Is happening after

Previous Posts How did Israel kill an Iranian nuclear scientist? Big revelations in the new report
Next Posts Germany, Britain and France condemn attack by Houthi rebels on Saudi airports