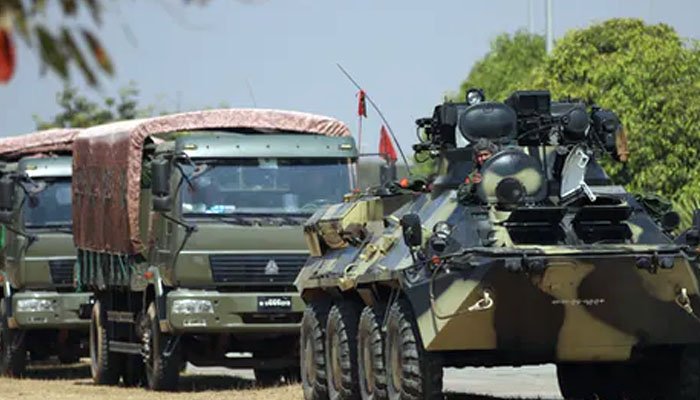 Myanmar’s military leadership has revealed an attempt to withdraw  1 billion from a US bank.

According to foreign media, Myanmar’s military leadership tried to withdraw  1 billion from the Federal Reserve Bank of New York after seizing power, which was thwarted by US officials.

According to media reports, US officials told Reuters that the United States had frozen its funds after the military coup in Myanmar, after which the military leadership’s attempt to obtain funds was thwarted.

According to media reports, Myanmar’s military leadership tried to transfer funds on February 4, three days after taking power, in an attempt to transfer money to the Central Bank of Myanmar, which was immediately thwarted by US federal officials.

According to media reports, this attempt by Myanmar’s military leadership was blocked by US officials from the powers granted by President Joe Biden’s executive order.

An executive order issued by the US president authorizes authorities to block the transfer of funds indefinitely.

According to media reports, the US Treasury Department and federal officials have declined to comment, but a spokesman for Myanmar’s military has not responded.

It should be noted that the army seized power in Myanmar on February 1 and sent the elected government home and arrested several leaders against whom there is a strong protest and civil disobedience movement across the country.

People on the streets against the military coup are demanding the immediate end of military rule and the release of arrested leaders, including Aung San Suu Kyi.