The US Coast Guard seized the largest drug in history 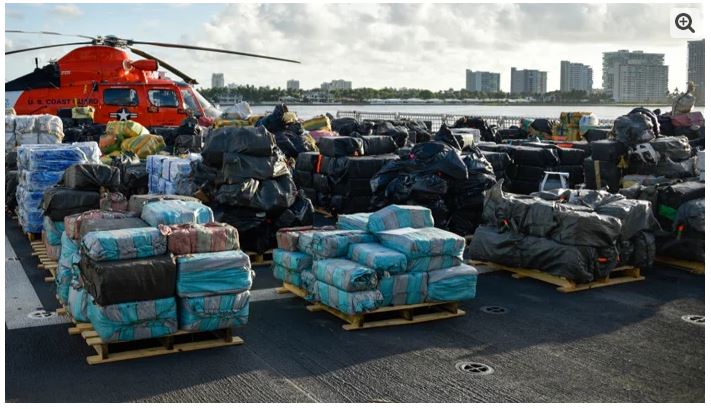 The US Coast Guard said in a statement that the cocaine and hashish seized from the Florida port of Everglades was worth ارب 1.4 billion.

Commander Atlantic Area Vice Admiral Steven Pollen said in a statement that thwarting the drug trafficking effort was the result of joint efforts by our internal agency partners and international allies.

According to the US Coast Guard, 59,700 pounds of cocaine and 1,430 pounds of hashish were seized at the port, but the Coast Guard did not say whether any arrests had been made in the operation.

Previous Posts Three holidays a week, work four days; Introduced the law in the US Congress
Next Posts The United States and Europe could be in the grip of a deadly cold, research says