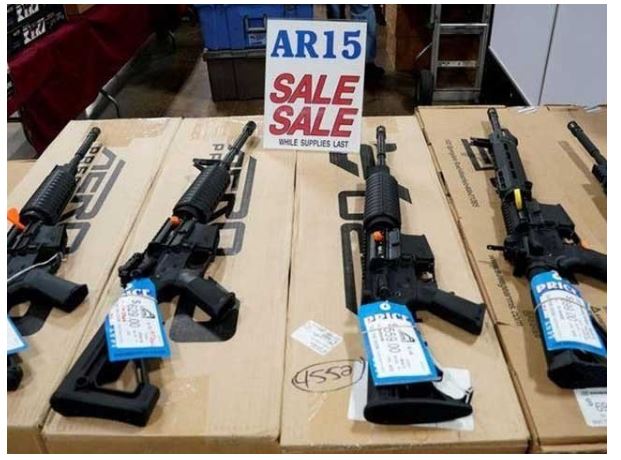 According to foreign media reports, the federal judge of the state of California, Roger Bentez, overturned the 30-year-old decision of banning arms.

Judge Roger Bentes issued a 94-page ruling that barred the general use of firearms in 1989, an illegal measure, and that Americans have the right to own modern automatic weapons.
The judge added that like the Swiss Army’s knife, the AR-15 rifle is best for civilians to defend themselves and their homeland. Weapons and ammunition are in the hands of terrorists, they should be in the hands of American citizens. So that they can carry out their responsibilities better.

Judge Roger Bentez said the California governor could appeal the decision within 30 days.

According to a tweet from the California Governor’s Office, Governor Gavin Newsom has said that the court’s decision is not in the public interest, it will further endanger the lives of citizens.

“Comparing a rifle to a knife is tantamount to refreshing the wounds of those who have lost loved ones. We will not back down, we will continue to fight for the rules of common use of weapons,” the governor said.

The decision to lift the arms embargo comes at a time when shootings are on the rise in various US states. The states of Indiana, California, Colorado and Georgia had the highest number of shootings, killing several Americans.

US President Joe Biden has called the shootings a “dangerous epidemic.”