There is no unresolved issue between the United States and Turkey, Erdogan 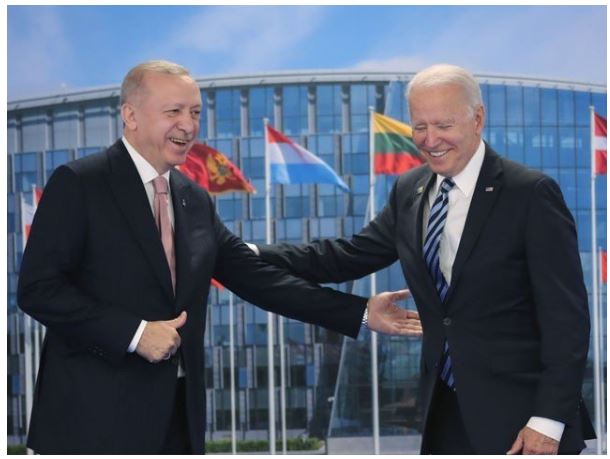 There is no unresolved issue between the United States and Turkey, Erdogan
Brussels: Turkish President Tayyip Erdogan and US President Joe Biden described the first meeting in Dobdo as a positive and sincere conversation and said that talks on various issues would continue between the officials of the two countries.

According to the World News Agency, Turkish President Tayyip Erdogan met US President Joe Biden for the first time during the NATO Summit in Brussels. The two-hour meeting, which lasted an hour, discussed the dispute over F-35 fighter jets and the issue of Afghanistan.

Previous Posts London: The decision to extend the end of the lockdown
Next Posts The US President nominated Lena Khan of Pakistani origin for the important post