Three holidays a week, work four days; Introduced the law in the US Congress 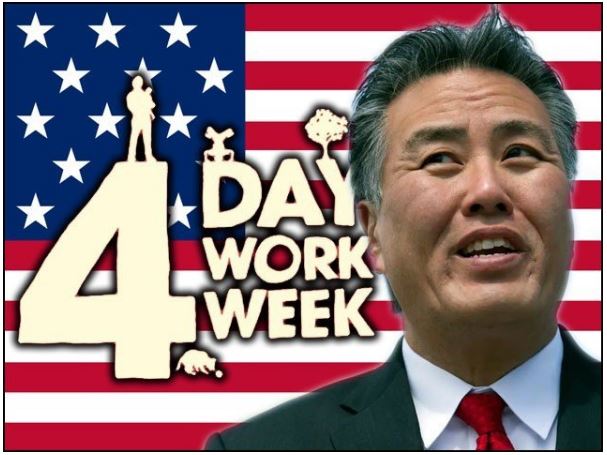 Three holidays a week, work four days; Introduced the law in the US Congress
Washington DC: After its popularity in Japan and Iceland, Americans have also been persuaded to work four days a week and take three vacations.

According to reports, Mark Ticano, a Democrat from California in the US Congress, has submitted a draft law which calls for work four days a week and three days leave.

In support of the proposed law, Tikano said, citing extensive experiments in different parts of the world, that working four days a week, 32 hours a day, would improve workers’ health and make them happier by spending more time with their families. Will be achieved and their performance will also be improved. All these things have been proved today.
Richard Trumpka, president of the American Federation of Trade and Industry Organizations, also backed the proposed law, saying that a reduction in working hours without reducing wages would not only provide a fair environment for employees in the United States, but also create more jobs. Distribution will also help solve the problem of unemployment.

In his press release, Mark Tikano also said that in the business model of the modern world, better productivity and efficiency, as well as fair compensation and better quality of life of workers are more important. Four days a week of work and three days of vacation will be an effective strategy to achieve this goal.

However, the law will not apply to those who receive daily wages and work-based compensation, including domestic workers and taxi drivers.