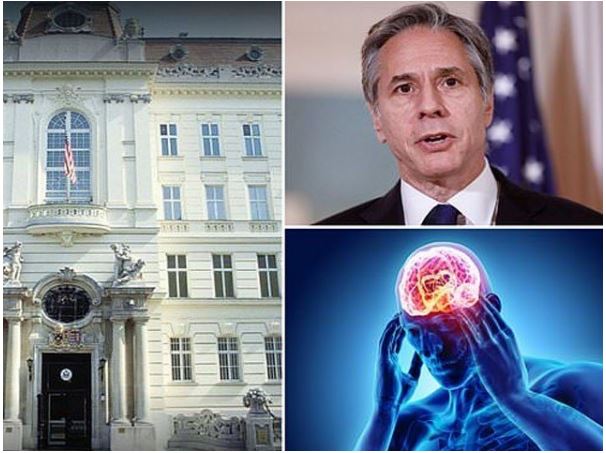 US diplomats stationed in more than five countries are suffering from a mysterious illness, according to the World News Agency. Very little is known about this brain-damaging disease, but its symptoms are similar to those of Havana syndrome.

The first outbreak of the mysterious disease affecting US diplomats took place in Cuba in 2016, after which the disease also affected US diplomats in China and now in Vienna as well. has taken.
The New York Times reports that more than two dozen US intelligence officers, diplomats and other government officials in Vienna have been suffering from the Havana syndrome since President Joe Biden took office.

The Austrian Foreign Ministry said in a statement that it had taken the reports “very seriously”. The host state is conducting a joint investigation with US authorities into the mysterious disease.

On the other hand, the spokesman of the US State Department said that reports have come out from some countries about this mysterious disease which is being investigated. Protecting our ambassadors and their families is a top priority.

Russia is suspected of possessing the mysterious disease of US diplomats, but no evidence has been found, but scientists say the disease is caused by microwave pulse.