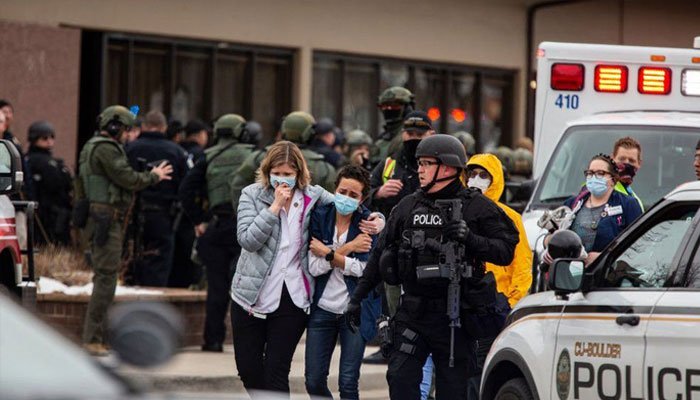 A man accused of shooting at a Colorado supermarket has been charged with 10 counts of murder.

According to foreign media, the 21-year-old attacker has been identified as Ahmed Alisa.

According to media reports, the accused has been shifted to Boulder County Jail while the motive of the firing has not been revealed yet.

Earlier in the day, a gunman opened fire at a supermarket in Boulder, Cola Rado, killing 10 people, including a police officer.