Violent protests continue in Myanmar, the military expands the scope of martial law 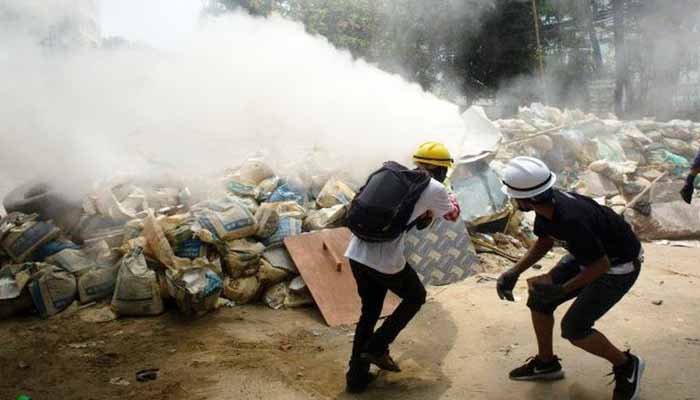 Violent protests continue in Myanmar, the military expands the scope of martial law

Myanmar’s military has stepped up martial law amid ongoing violent protests in the country.

According to British media, March 15 was a bloody day in the ongoing protests against the military coup in Myanmar, on which the security forces cracked down on the protesters and the firing of the forces killed 50 people, most of the deaths were reported from Yangon city.

According to media reports, people in various parts of Myanmar are demanding the release of Aung San Suu Kyi and the end of military rule.

The military has imposed martial law in two more districts in Yangon, the country’s largest city, following a spate of violent protests that targeted Chinese businesses in the city.

In addition, martial law has been enforced in several areas of Mandalay, after which protesters can now be tried in military courts.

According to media reports, the protesters believe that the military coup in Myanmar has the support of China.

Sochi was due to appear in court on Monday for a virtual hearing, but was postponed due to internet problems.

According to media reports, a monitoring group says 120 people have been killed in violent protests since the military coup in Myanmar.