What is the secret behind Fawad Alam’s celebration in the style of ‘Ertugrul Ghazi’? 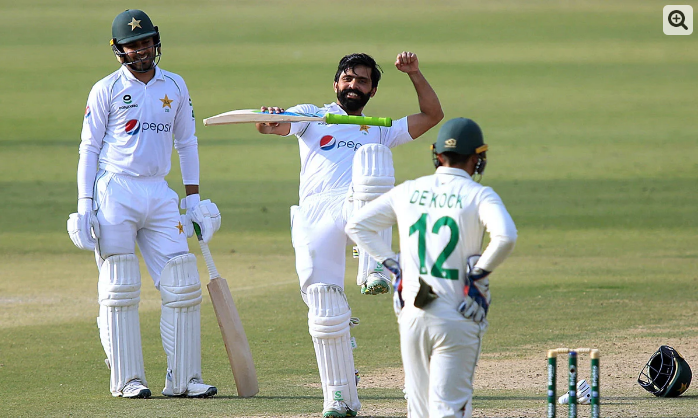 What is the secret behind Fawad Alam’s celebration in the style of ‘Ertugrul Ghazi’?
Everyone liked the way Pakistan middle order batsman Fawad Alam celebrated his century.

Celebrated in the style of the main character of the famous Turkish drama Ertugrul Ghazi by scoring a century first against New Zealand and now against South Africa.

After the century against South Africa, Fawad Alam explained the reason for this “signature style”.

Fawad Alam, 35, says he was watching Ertugrul Ghazi with fellow cricketer Azhar Ali in New Zealand when Ertugrul raised his horse from the ground in celebration. Centuries have passed, we will celebrate in this way. He said that when a century was scored against New Zealand, he celebrated by adopting this style which was appreciated by all and now he has adopted this style once again.

Fawad Alam admitted that this style has now become his ‘signature’ style.

Talking about the century, Fawad Alam said that he is happy to score a century at a time when the team needed it, whenever there is a score for the team, it feels good, the plan was to stay on the wicket as much as possible and keep the score south. The closer you get to Africa’s total, the easier it will be in the next innings.

“We have not only succeeded in the goal but now we have the lead against South Africa,” he said.