What were Trump’s emotions in the last moments of his presidency? The journalist described the situation with his own eyes 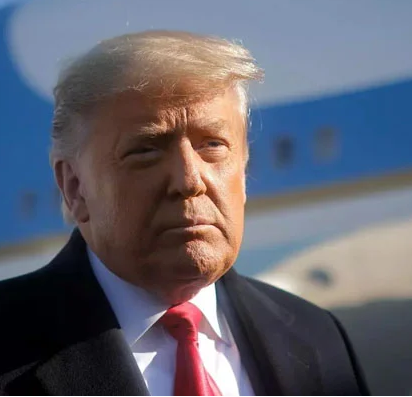 The journalist said he had never seen Trump so lonely during his presidency. Before leaving the White House, Trump addressed very few people at his farewell party, even though there were few journalists present.

“It was a very depressing and emotional time because I had never seen Trump so lonely and sad before,” the journalist said.

The American journalist said that while Trump was severely criticized for his reaction after the Capitol Hill attack, he also faced the wrath of the media representatives because those who covered him daily outside the White House after the Capitol Hill incident. Journalists from major media outlets did not arrive in Florida to cover it.

It should be noted that former US President Trump did not formally recognize the victory of his rival Joe Biden in the election and he did not even attend the inauguration ceremony of the new president while Trump accused of continuous rigging after the election defeat. But even in the cases filed in the courts in this regard, they had to suffer defeat.