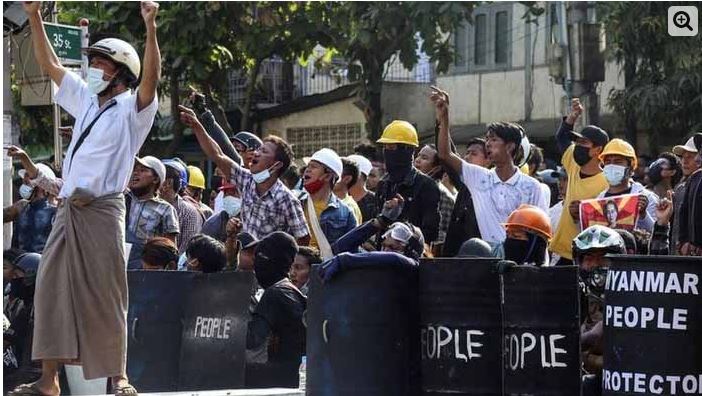 According to foreign media, 5 channels of Myanmar army have been blocked by YouTube, which has been confirmed by YouTube itself.

YouTube says it has immediately removed these channels from the video-sharing platform under its Community Guidelines. Myanmar’s state-run network Myanmar Radio & TV and other military-owned channels have been removed from the platform.

On the other hand, an Indian group has claimed that a group of Myanmar police officers have tried to cross the border and seek refuge by disobeying the orders of higher authorities.

In addition, Myanmar’s deputy ambassador to the United Nations has refused to take charge as ambassador, after Myanmar’s ambassador was fired for speaking out against the military leadership.